Lockdown: Escape From Furnace by Alexander Gordon Smith​ Submitted by Iyana C.
Plot: It all went to pieces when Alex Sawyer was robbing a house with his best friend and something unexpected happened that left his best friend dead, landed him in jail for life but its not just any jail it worse its buried a mile beneath the earth surface were unspeakable thing happen. Escape or death is the only options for Alex will in jail he meets people and they come up with a plan that might lead them to death or might give them there freedom.
Why read?: This book is worth reading because It is really fun to read and it will have you on the end of your seat will your reading it. Personally I think this is the best book I read in my hole life, It was so well written that i would read it a thousand times.

Plot: The novel narrated by Watson follows Holmes on his mysteries through London and other parts of the world.

Why read? : The mysteries of the book keep you guessing throughout. The style of writing is very interesting and informative.

The Girl Who Loved Tom Gordon by Stephen King  Submitted by Sean H.

Plot: The Girl Who Loved Tom Gordon is a book about a young girl who gets separated from her brother and mom while hiking through the forest. The girl stays sane by finding ways to occupy herself, mostly by listening to her radio and finding new sources of food and water. Throughout the book, she is being followed by some sort of monster, but she doesn't know what it is.

Why Read?: The book is worth reading because it always keeps you on the edge trying to figure out what the thing might be, a man or beast, that is following the girl.  This was very chilling. You feel the need to just reach into the book somehow and help her, but the realization that you cannot just seems to make you more upset for her well-being.

Comments: The book isn't full of blood and guts, but you feel a great sorrow for the young girl as she struggles to stay alive and you almost feel like you are next to her whenever something bad happens to her.
​
The Girl Who Loved Tom Gordon by Stephen King  Submitted by Ms. M

Why Read?: I read this book years ago, but the story literally made me afraid to turn the page.  It was a good story to keep the reader on the edge of their seat throughout the entire story.

Murder in the Latin Quarter  by Cara Black Submitted by Ms. A.

Plot: This is one of a series of mysteries about a French private detective Aimee Leduc.  She is investigating the murder of a Haitian scientist and professor who has done the definitive study of Haitian pigs.  (Yes, pigs!)  There is intrigue when Aimee gets mixed up with a voodoo ceremony and she and her work partner Rene, get shot at.  There is mistaken identity when a mysterious woman named Mirielle claims to be Aimee's half sister, and just plain fun as Aimee attempts to ride her Vespa scooter through parks and tunnels.  All this is played out against the backdrop of a scandal within the World Bank and Inetrnation Monetray Fund, and the investigation into the death of Princess Diana in the Pont L'Alma tunnel.  By the way, the nickname for the Parisian police is "flic".

Why Read? : Cara Black has a large series of Aimee Leduc novels.  Another one I have read is "Murder in the Marais".  A combination of lively writing, engaging characters, and the Parisian setting make this book a worthwhile read!

Comments: If you enjoy foreign culture, this book is for you.

Plot:  This about this little four year old girl that was being watched by her older brother and sister for a week.  Then one day she gets on the bus for school and never returns home that day after school  which is when Maggie and Mike find out that she never made it to school.

Why Read?: This book is worth reading if you like books that make you want to keep reading to find out what happens at the very end of the book . 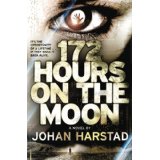 172 Hours on the Moon by Johan Harstad     Submitted by Lindsey H.

Plot: On the moon, no one can hear you scream."  This novel is eerie, yet chilling. You get attached emotionally to the characters and their journey ahead. Each page that is turned adds a suspense that is thrilling. Our home, earth, will seem so far away..They weren't supposed to go back to the moon, but they did. And they are not alone. Neither are we.

Why Read?: You'll see life through a different pair of eyes and see yourself in a different light. You'll learn to enjoy the little things in life that you would someday miss seeing.  Each breath of fresh air, grass, the trees, the sound of a bird singing…
Home